You are here: Home / Learning / Interdependence: The Highest Level of Effectiveness

In Dr. Stephen Covey’s “The 7 Habits of Highly Effective People,” habits one, two, and three guided us to true independence.True independence and authenticity enables genuine relationships to form and evolve to interdependence, the highest level of effectiveness.

Interdependence is about the paradigm of “we,” where we can do it better, we can cooperate to accomplish more, we can combine our talents for a greater good. You share with others in a meaningful way, and they share with you.

Dr. Covey studied the concept of success in over 200 years of literature and noticed a change in the way people defined success. Before the 1920s, success rested upon the “character ethic.” It encompassed living by the Golden Rule, integrity, humility, fidelity, courage, justice, patience, hard work, simplicity, and modesty.

However, after that time, the concept of success started to be redefined by the “personality ethic.” It became a function of social consciousness and image-driven by behaviors adopted to conform to social expectations.

His studies showed highly effective people mastered themselves first by following the character ethic. They live principle-centered lives and are authentic. Their character enables them to be genuinely independent, proactive, value-driven, and conduct their lives with integrity.

So, the first challenge is to master ourselves and become truly independent. And a big part of this is re-learning the things we got wrong in the first place and eliminating the bad habits formed.

Covey is adamant that we first master ourselves with “private victories” to develop personal leadership before attempting to achieve interdependence with “public victories.”

“The private victories help us better know ourselves from which authentic and genuine relationships can evolve. The premise is simple if we don’t know ourselves, how can others genuinely know us?”
– Brian Tracy, author of Psychology of Achievement

In earlier articles, we discussed the three habits of private victories. You will recall they include: Habit 1 Be Proactive, Habit 2 Begin with the End in Mind, and Habit 3 Put First Things First.

To Start Let’s be Honest with Ourselves

The place to start is an honest reflection on where we’ve been and how we got here. We start our lives with the scripts handed to us by others, including our parents, friends, and teachers.

We learn early to adopt those scripts because they give us their acceptance, love, and a feeling of worth.

As small children, we listened to a little voice inside our head; our intuition. But if we shared those ideas, we were often corrected or coached with the opinions or perceptions of our parents and other adults. So we learn to start doubting that little voice early on. Although their intentions are good, the cost is a loss of confidence in ourselves.

And as adults, it continues with social media algorithms designed to influence us for commercial gain. And, even though these scripts are “written” by strangers, we still adopt them for the same acceptance, love, and feeling of worth.

We have to stop and re-learn to listen to that little voice again. And, if you do, you may realize you are looking for answers in all the wrong places. We must own up to it and take charge of our own lives.

The challenge: is, to be honest with yourself; about what you are doing and why. Then commit to the needed changes to achieve your highest level of effectiveness.

The “spin,” political correctness, positive thinking, and other techniques of the personality ethic may help at times. But is it us? Will it work over the long haul when the going gets tough and we need a sustainable approach? Of course not.

Quick fixes are “cosmetic” in nature, applied for specific situations or circumstances. The problem, as with any cosmetic, it’s limited in application and eventually wears off. And, what about new conditions not experienced or anticipated? Do the fixes even apply?

The personality ethic only hides our character flaws. In contrast, the character ethic works to remove the deficiencies by changing the foundation of our character. That is why Dr. Covey wants us to start with character.

If we understand our nature, we can evaluate it and then change ourselves where needed. Improvements in the quality of our character strengthen desirable behaviors so that they can become effective lifelong habits.

The character ethic is the foundation of who we are and who we become. We can count on it to remain valid for us in all situations and environments. A requirement for good interpersonal relationships is consistency and interdependence, the highest level of effectiveness.

The character ethic is the foundational change, and crucial difference between what Covey proposes and many self-improvement books prescribe.

Self-improvement books often offer advice derived from the personality ethic. The advice often sounds excellent and is widely accepted; that’s why they sell. And, in fairness, they can be helpful for various use cases.

But the changes usually don’t stick no matter how hard you try, and your life stays the same. Maybe it was a great book, but what is gained if the techniques don’t last? There are so many self-improvement books; how can we possibly recall all prescriptions, lists, and bullet points that intend to navigate us through a dynamic world?

Dr. Covey’s 7 Habits offer us a principle-centered foundation to draw from personal leadership, just as the most influential people have done for centuries to reach their highest level of effectiveness.

The 7 Habits do not try to twist whatever you read to fit into your life. Instead, they turn your life to be genuinely independent, proactive, value-driven, and one of integrity.

Change is the Only Constant

Most generations over history faced unimaginable change during their time. We are, of course, most aware of the changes experienced in our own lives. Some examples include global warming, a global pandemic, and social media challenges.

But are we aware of how pervasive these changes are? Social media is an unprecedented phenomenon creating a social dilemma never before experienced. Let’s look at social media, paraphrasing Roger Ebert’s critique of “The Social Dilemma” as an example. 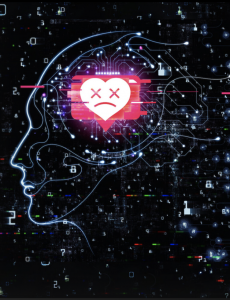 Social media promotes the personality ethic to a whole new level. The excessive sharing, posts, pictures, and “likes” spin us into what we think others expect of us, whether it is us or not.

“The Social Dilemma” is a documentary produced by Netflix and directed by Jeff Orlowski. The documentary describes how the design of algorithms (a process or set of instructions) in social media captures our attention. They influence us to buy products or adopt distorted ideas about the world, each other, or ourselves.

“The Social Dilemma” explores the question: is big technology’s code diminishing our ability to make thoughtful decisions. The experts interviewed are top executives from companies like Twitter, Instagram, Facebook, and others that seduce us into spending time and sharing information so they can sell it.

It opens, with these executives, appearing uncomfortable and embarrassed telling us their stories. As the documentary unfolds, they begin to confess and apologize.

Justin Rosenstein invented Facebook’s “like” button with the intent to “spread positivity.” What can be wrong with letting friends and others “like” something you posted?

It turns out people’s feelings are hurt if they don’t get “likes.” So, they change their behavior to attract more “likes.” And, a large population of the people trying to get “likes” is young teenagers.

Remember how you wanted to be cool as a teen? And, to do that, at some point, you probably chose to stop living at least some of the scripts your parents had for you. The “like” button is just another script, but this one is from the internet’s anonymous and often hostile participants.

The experts in the documentary assure us that their intentions were good. But, incidents of anxiety, depression, self-harm, and suicide by middle school and high school has tripled in some categories.

One confesses that he worked to make his site seductive all day. But he found himself unable to resist the same algorithms he helped create when he went home at night.

We are and will continue to be imperfect and make mistakes. Things will always go wrong, and there will always be lessons to learn. True independence and mastery of ourselves allow us to evaluate our behavior consciously.

On a side note, I highly recommend you watch Netflix’s “The Social Dilemma.” It may open your eyes in ways you can’t imagine. 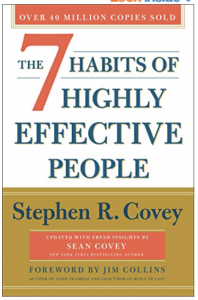 “As we look back and survey the terrain to determine where we’ve been and where we are in relationship to where we’re going, we clearly see that we could not have gotten where we are without coming the way we came. There aren’t any other roads; there aren’t any shortcuts. There’s no way to parachute into this terrain. The landscape ahead is covered with the fragments of broken relationships of people who have tried. They’ve tried to jump into effective relationships without the maturity, the strength of character, to maintain them.”
– Stephen Covey

The three habits of Public Victories that build effective interdependence: Habit 4 Think Win-Win; Habit 5 Seek First to Understand, Then to be Understood; and Habit 6 Synergize.

Interdependence; the highest level of effectiveness centers on the attributes of teamwork, collaboration, and communication skills.

Interdependent people utilize the vast resources of other people, as they utilize you, to be effective and become more successful in an increasingly complex world.

“Everyone has his own specific vocation or mission in life; everyone must carry out a concrete assignment that demands fulfillment. Therein he cannot be replaced, nor can his life be repeated, thus, everyone’s task is unique as his specific opportunity to implement it.”
– Viktor E. Frankl

Let’s dive into “Habit 4 Think Win-Win” in the next article.

You may be interested in these posts from the same category.

You the Passive Money Manager
Next Post: Habit 4 Think Win-Win a Better and Higher Way

A Sense of Wealth is devoted to helping you achieve True Wealth with the resources and freedom to pursue your full potential. live life on your terms and become all that you can be.